What are a few mistakes new chefs should avoid?

Healthy meal kits make planning your weekly dishes a lot easier and are a wonderful way to learn cooking skills. Of course, if you’re a beginner, you’re probably going to fumble a bit here and there. To help you avoid problems in the kitchen, we’ve put together a list of common cooking mistakes that new chefs often make.

Not Reading the Recipe Before Cooking

Although a recipe involves step-by-step instructions on how to prepare a meal, not reading the recipe in its entirety before you begin might be a mistake. Very often, there are certain tasks that you’ll want to complete before you begin the cooking process. This could include prepping vegetables, preheating the oven, or making a sauce that may take 30 minutes or longer.

Not Prepping Some of the Ingredients

Once you have some cooking skills under your belt, you’ll be able to prep the next required ingredient as you go along. This can be a bit tricky for beginners, though. You may think that you’ll be able to chop vegetables while something else simmers, only to find out that the chopping process is taking you longer than you expected. You can avoid these issues by reading over the recipe and prepping certain items before you start to cook.

You Don’t Taste the Food As You Cook

Despite what you might have thought, taste testing the food isn’t something you see in the movies nor is it just your mom being nice. The best way to test the tenderness and taste of the food you’re preparing is to try it out as the recipe goes along. This will tell you if foods such as pasta need to cook a bit longer or if more seasoning is needed.

Not Using the Right Size of Dish or Tool

When it comes to common cooking mistakes, this is definitely one that everyone has experienced at one time or another. This usually occurs when you don’t have a cooking item that’s big enough to accommodate whatever you’re making. Perhaps it’s difficult to mix your ingredients because the bowl is too small or maybe your cutting board isn’t large enough for the amount of food that you’re preparing.

Putting Too Many Meats into the Pan

If you’re cooking multiple cuts of meat, then you need to be careful about overcrowding the pan. Since food releases moisture as it’s cooked, it’s important that there’s enough space for steam to escape. When you don’t, you risk some of the edges of the meat not cooking as evenly as the rest.

Don’t feel bad if you go a very long time without sharpening your knives, because this is one of the most common cooking mistakes on this list. All knives will get a bit dull once you’ve used them a while, which can make cutting meats and chopping vegetables a lot harder. Luckily, there are plenty of different sharpening tools available at your local grocery store or department store.

Not Accounting for Carry-Over Cooking

Contrary to what many people probably think, switching off the heat or removing food from it doesn’t stop the cooking process immediately. In fact, food will continue to cook for at least a few minutes once the heat has been stopped. Whether you’re cooking up pasta, meat, or vegetables, “carry-over cooking” means it’s better to take the food off the heat a few minutes earlier than the stated cooking time.

You Add Food to a Hot Pan Too Early

It’s quite common for a novice cook or someone who’s in a hurry to barely heat up a pan before adding oil and veggies. If you want to properly sauté vegetables or create a crust on your beef, fish, pork, or poultry, make sure you fully heat up the pan first. As an added bonus, this will also prevent the food from sticking to the pan.

Getting Distracted While You’re Cooking

Although common cooking mistakes involve food preparation, most people can attest that they’ve sometimes been distracted while cooking. Don’t feel bad – it’s totally understandable. Most of us have a lot of things going on and may get distracted by a family member or something on the TV. Just keep in mind that this can cause food to be burned and overcooked, so always pay attention to what you’re doing!

You Use a Non-Stick Pan for Everything

Non-stick pans are a godsend for cooking up certain foods such as scrambled eggs, omelets, and pancakes, but it can be detrimental to other meals. This is because non-stick pans won’t get as hot as other types of pans and the heat won’t be distributed as evenly. If you’re in doubt, then save the non-stick pans strictly for your favorite breakfast items.

When hot food is left out for more than two hours, there’s a chance that it will begin growing bacteria. This is why you’ll want to put it in the fridge before that happens, but putting it in too soon is a mistake as well.

If you put hot food into a cold refrigerator, it will heat up the inside and may harm the other food. Instead, wait until the food’s warm, put it into an airtight container, and then set it in the fridge without anything right next to it.

Not Using a Meat Thermometer

To be fair, always using a meat thermometer can sometimes be a real drag. That’s a big reason why so many people teach themselves how a piece of meat should look once it’s fully cooked. However, even though you may not get salmonella on a regular basis, it definitely happens, and it’s quite dangerous. A meat thermometer will also be helpful in situations where an oven or grill may overheat or underheat the meat.

Chef Ami delivers the freshest, most delicious meal delivery kits in Tampa and the entire state of Florida. If you have any questions about our meal kit delivery service, give us a call at (352) 363-1108 today.

About the Author: admin 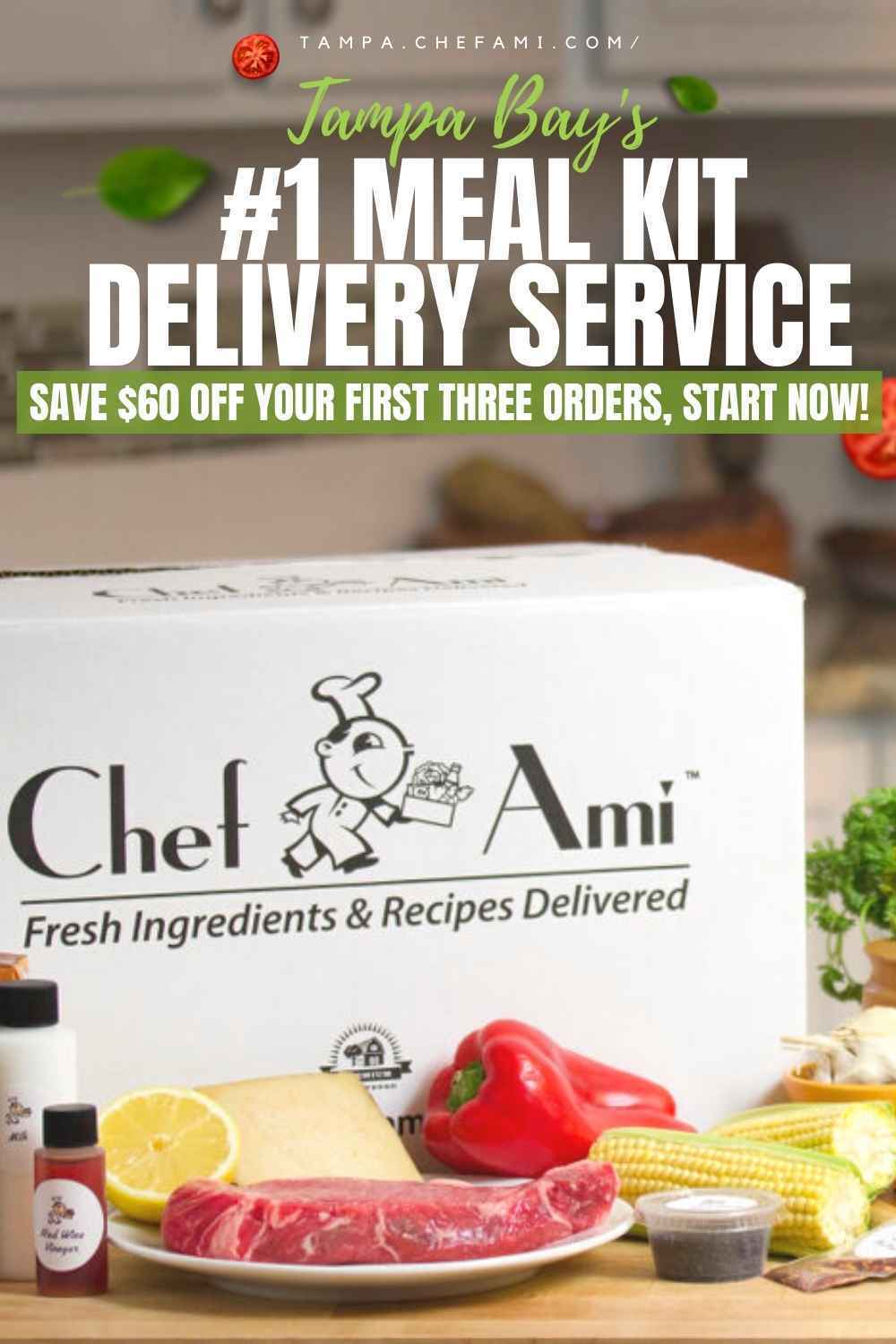